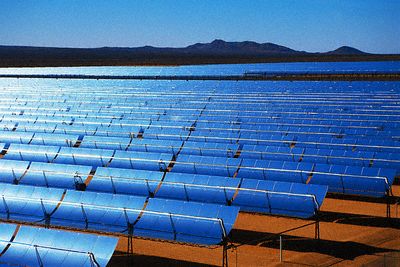 Solar Panels were not allowed in Aldea in the early development stages, but the past Governor Bill Richardson, signed a law prohibiting the denial of solar panels. As energy prices continue to climb, it makes solar panels a more viable financial option for retrofitting ones home. In New Mexico, there is so much sunshine and the use of solar panels should be more common place. Part of the reason we do not see as many solar panels here is that the utility companies do not want to pay the options that other states do, such as in California. We need more incentives for solar, wind and geothermal solutions in order for alternative energy to become mainstream.

The following is an interesting read about the costs of alternative energy, specifically solar panels. 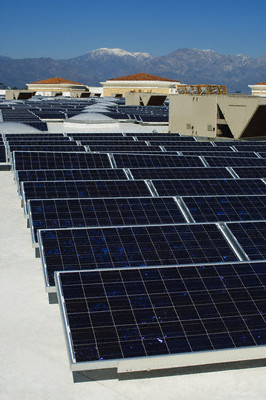 In California at least, home buyers are willing to pay a premium for solar.

In general, that premium more than covers the cost of the panels themselves, with homeowners making a small profit on their solar investment. Bigger solar arrays fetch higher premiums than smaller ones.

But the study also includes a caveat: Buyers appear to prefer newer solar systems to older arrays. The premium a solar home commands declines with the age of the photovoltaic panels.

“The take-away here is the market is showing that PV is valued by home buyers,” said Ben Hoen, staff research associate at the laboratory and the study’s lead author. “There could be a green cachet for the PV system that would be over and above the expected price.”

The study, “Exploring California PV Home Premiums,” examined sales data for 1,894 solar homes and 70,425 comparable non-solar houses sold in California from 2000 through 2009. It builds on an earlier study released by the lab in 2011 that noted the solar premium but didn’t explore it in the same depth.

The authors found that the size of a solar array can make a big difference in a home’s resale value. Among the houses studied, that value increased about $5,900 for each kilowatt that an array can generate. Most home solar systems can produce between 2 and 5 kilowatts of electricity.

But the premium falls with age, dropping about 9 percent for each year that the array has been in place. That presents a bit of a puzzle. The amount of electricity generated by a silicon solar panel does decline over time, but only by less than 1 percent per year. The premium, in other words, falls much faster than the panel’s output.

“They might be perceived as older technology, even if they’re still producing electricity at the expected rate,” Hoen said.

He cautioned that the premium is not set in stone. Some homeowners will get more for their solar-equipped houses, and some will get less.

“We do not have that level of precision down to a single dollar,” Hoen said. “An individual home is going to have its own, individual premium for PV.”

After all, much has changed in the solar market since 2009. The price to install a home solar system in California has been cut nearly in half, from $10.73 per watt at the start of 2009 to $5.71 per watt this year, according to statistics from the state.

In addition, most homeowners going solar now choose to lease their panels rather than buy them outright. Residential solar leases had just begun in 2009, and they weren’t examined in the current Berkeley Lab study. Researchers will include them in the study’s next iteration, Hoen said.

Assessing the value of home solar systems has been a problem for real estate appraisers. But Hoen noted that the study’s results largely tracked those of an appraisal tool called PV Value, developed by Sandia National Laboratories and the Energy Sense Finance consulting firm.

“Valuing homes with green technologies of various kinds is becoming more common,” he said. “It’s not a process that happens overnight, but it is happening.”