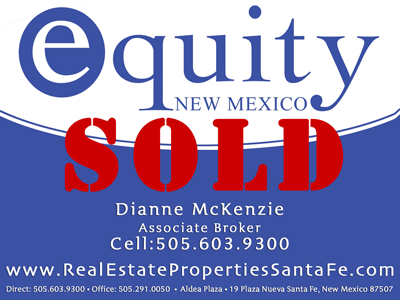 WASHINGTON (December 28, 2012) – Pending home sales increased in November for the third straight month and reached the highest level in two-and-a-half years, according to the National Association of Realtors®.

The Pending Home Sales Index,* a forward-looking indicator based on contract signings, rose 1.7 percent to 106.4 in November from a downwardly revised 104.6 in October and is 9.8 percent above November 2011 when it was 96.9. The data reflect contracts but not closings.

The index is at the highest level since April 2010 when it hit 111.3 as buyers were rushing to beat the deadline for the home buyer tax credit. With the exception of several months affected by tax stimulus, the last time there was a higher reading was in February 2007 when the index reached 107.9.

On a year-over-year basis, pending home sales have risen for 19 consecutive months.

The National Association of Realtors®, “The Voice for Real Estate,” is America’s largest trade association, representing 1 million members involved in all aspects of the residential and commercial real estate industries.

And From the SFGate.com:

Pushed up by rising sales and a decline in supply, home prices climbed more than forecast in October, indicating a rebounding real estate market will bolster the U.S. economy for the first time in seven years.

The S&P/Case-Shiller index of property values in 20 cities increased 4.3 percent from October 2011, the biggest 12-month advance since May 2010, the group said Wednesday, and larger than the 4 percent gain forecast. It was the fifth straight month of year-over-year gains, after nearly two years of declines.

In San Francisco, the year-over-year increase was 6.04 percent. Phoenix led all cities with a 21.7 percent gain, followed by Detroit, where prices increased 10 percent. Prices declined in Chicago and New York.

Earlier this month, the National Association of Realtors reported that the median home price in the Bay Area was up 26 percent from a year earlier at $588,800.

Property values will probably keep heading higher as record-low mortgage rates, a growing population and an improving economy spur demand for housing. The turnaround in real estate is buoying household confidence and wealth, one reason consumer spending is improving even as concern mounts that lawmakers will fail to stave off looming tax increases.

“The housing market is definitely starting to recover,” said Ryan Wang, an economist with HSBC Securities USA Inc. Higher property values have “added about a trillion dollars to household wealth just since the beginning of this year.”

The boost to household net worth “will provide an important benefit for consumers and for the broader economy,” Wang said.

A sustained pickup in housing is a source of strength as the world’s largest economy struggles to overcome concern that the “fiscal cliff,” representing more than $600 billion in tax increases and federal government spending cuts slated to take effect next year should Congress fail to act, will slow the expansion.

The overall home price increase accelerated from a 3 percent advance in the 12 months ended in September. The Case-Shiller index is based on a three-month average, which means the October data were influenced by transactions in August and September.

Residential home-building has contributed 0.3 of a percentage point to gross domestic product on average in the first three quarters of 2012, according to Commerce Department data. The last time it added to growth for an entire year was in 2005, when it boosted the economy by 0.36 point.

Home prices adjusted for seasonal variations rose 0.7 percent in October from the prior month, with 17 of 20 cities showing gains, according to Wednesday’s report. Las Vegas showed the biggest gain with a 2.4 percent advance, followed by San Diego with a 1.7 percent increase.

Property values dropped the most in Chicago, which fell 0.7 percent over the month.

Unadjusted prices in the 20 cities dropped 0.1 percent in October from the prior month. Prices tend to decrease during this time of year, the group said.

The year-over-year gauge provides better indications of trends in prices, according to the S&P/Case-Shiller group. Eighteen of the 20 cities in the index showed a year-over-year increase.

“It is clear that the housing recovery is gathering strength,” David Blitzer, chairman of the index committee, said in a statement. “Higher year-over-year price gains plus strong performances in the southwest and California, regions that suffered during the housing bust, confirm that housing is now contributing to the economy.”

Declining borrowing costs have underpinned demand for those able to get financing. The average rate on a 30-year, fixed mortgage was at 3.37 percent last week, close to the 3.31 percent from a month earlier that was the lowest in data going back to 1972, according to Freddie Mac of McLean, Va.

“Record-low interest rates, attractive home prices, pent-up demand, a lower supply of existing homes for sale, improvement in the economy and employment, and greater optimism are all helping drive the housing recovery,” Ara Hovnanian, chief executive officer of home-builder Hovnanian Enterprises Inc., said on a Dec. 13 earnings call. “This is occurring in spite of the restrictive mortgage lending environment and the number of underwater existing home buyers.”

Americans bought previously owned homes in November at the fastest pace in three years, figures from the National Association of Realtors showed Dec. 20 in Washington.

The Associated Press contributed to this report. Michelle Jamrisko is a Bloomberg writer. E-mail: mjamrisko@bloomberg.net