Once again, another prediction for 2015.

It is that time of year, so here is another housing trend prediction. It will be interesting to see if this trend trickles down to the Santa Fe market. ~ Dianne 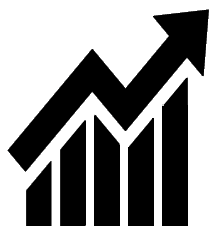 Housing market set for growth in 2015

Amid stronger economic and jobs growth, home sales will increase by 9 percent in 2015, according to an outlook for next year released on Monday.

CoreLogic, which tracks the market’s trends, said housing starts are expected to grow 14 percent while price growth moderates next year.

Overall, sales are projected to increase to 5.8 million in 2015 from 5.3 million this year, a 9 percent increase.

Total housing starts are expected to reach 1.1 million next year but, despite the jump, that figure is still 23 percent below the 1.45 million average seen over the past 50 years.

Plus, the steep drop in oil prices — which have plunged 45 percent since June — is helping consumers at the gas pump and with lowering their home energy expenses, providing the economy with a much-needed tailwind heading into 2015.

Meanwhile, the lower-end home price category is growing faster than those with higher prices in the top 25 U.S. markets, reflecting tight supply and lack of new construction, the report said.

While overall employment is improving, the report notes that jobs growth for millennials began to markedly improve in 2014, a good sign for the first-time homebuyer segment of the market.

But while next year’s figures are shaping up nicely, the report was less positive about the availability of credit.

The report said that “while there has been much discussion about opening the credit box, it’s been just that — all talk.”

From a regional and market perspective, markets are becoming more organic with economic fundamentals driving sales and prices since the distortion from distressed sales has significantly declined.

The organic trend in the market is reflected in the top 10 home price appreciation markets.

Four of the top 10 markets, including San Francisco, San Jose, Austin and Seattle, have high concentrations of technology industries with employment growth increasing at a 2.8-percent rate from a year ago as of October, roughly twice the national rate.

Two of the top 10 markets, Dallas and Houston, have been bolstered by strong energy markets and household growth over the past few years.

“Overall, the economy finally appears to be gaining enough momentum to help provide the support that the housing market has needed for stronger recovery,” the report said.

“Confident consumers are more likely to spend on big ticket items, which is sweet music to the ears of the real estate market.”