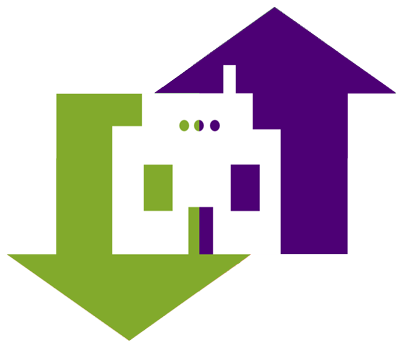 The Santa Fe area residential market report May 2014, was off to a slow start as usual in the fist quarter. I hear that many real estate agents take the few months off at the first of the year. I have not figured out how to do this, however. While the market is slow, there is always so much to do around my office.

The national economy, going forward, shows improvement. The Federal government says the overall economy is slowing a little, but is healthy,at 2% increase per year.

Nationally, the housing market recovery, still well short of pre-recession levels, is slower than the overall economy. Home sales in some areas are recovering more quickly. In San Francisco bay area where I am from and track daily, (I also track the Santa Fe & Taos Ski Valley real estate market daily, as well) has seen a new boom, again. It is a seller’s market in the San Francisco real estate market. A home with a 2-bed, 2.5-bath property, 1,850 sq feet in Glen Park, listed in April 4, 2014 for $1.495M, sold by April 30–for $2.1M.  For those keeping track, that’s $605K over asking.  Incidentally, the current national median selling price for a home is $198K.

So our Santa Fe market is nowhere near this crazy or in demand. Here in Santa Fe, home sales averaged about 840 sales each quarter at the top of the boom in 2005-2006. The they fell to about 420 sales at our lowest point, and have now recovered to about 520 homes quarterly. The average sale price peaked a year later at about $465,000, then fell to around $380,000, where it has stayed for four years.

A new upward trend in home sales has shown promise over the last two years. First quarter sales numbers rose from 394 two years ago to 427 last year, and accelerated to 500 sales in the fist quarter of 2014. This increasing growth rate is encouraging for two reasons: the accelerating trend, and the fact that fist quarter sales have been the steadiest (and most conservative) predictor of future sales trends. It is expected that the average quarterly home sales will break above 600, most likely in the second quarter, but certainly in the third quarter this year. The increase in sales is expected for the upcoming few years, with quarterly sales stronger than the previous year. The market is active and the inventory is seasonally low. Environmental building codes have pushed building costs up considerably.

The average Santa Fe sale price for the fist quarter fell to $372,000, down from the preceding 3 quarters but up from the fist quarter of 2013, when it was $342,000. For almost 5 years the average home price has fluctuated around its current level of approximately $385,000.It is expect it to rise above $400,000 in the second quarter, with a continued increase in the third quarter. By this time next year one could expect to see prices rising at maybe 10% per year.

The inventory of homes normally rises during the second and third quarters and drops in the winter months, and this year is no exception. There were 1,646 residential active listings and 352 contracts pending at the end of March compared to 1,843 active listings and 196 contracts pending on January 1. This represents 12.2 months of houses on the market at current overall sales rates. At the low end of the price spectrum, homes up to $150,000, there is only four months’ supply on the market. At the high end – over $1 million – we have over a one year’s inventory for sale. In the middle price ranges there is between a 5-6 month’s supply of houses actively listed or with contracts pending.

So that’s all the real estate news for today! ~ Dianne