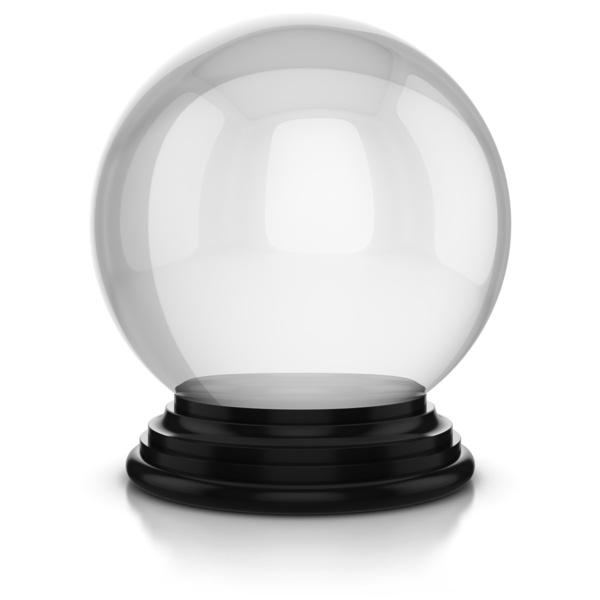 A new year is about to dawn—and the outlook on the housing market is definitely brighter. After all, 2014 was the best year in the U.S. economic recovery since the recession of 2008-2009.

With an accelerating economic recovery fueling job and income growth, prospects are good for homeowners and would-be home buyers.

1. Mortgage Rates Will Head Back Up

The flip side of the improving economy is that (sigh) mortgage rates will inevitably head up again. We’ve had a great run, but the honeymoon is over, and it’s time to settle in for a relationship that balances job growth with higher-but-still-reasonable interest rates.

The Federal Reserve has indicated it will increase the federal funds rate—which has an indirect but significant effect on mortgage rates—next year. The rate has remained near zero since December 2008.

Although the Fed might wait as late as early 2016, realtor.com® Chief Economist Jonathan Smoke suggested the increase will come in mid-2015, and mortgage rates will increase ahead of the Fed’s move.

“Our forecast for housing assumes the 30-year fixed rate will reach 5% by the end of 2015,” Smoke said. “The one-year adjustable rate will likely rise less if much at all, and accordingly, we are likely to see a shift into more adjustable and hybrid mortgages over fixed.”

2. Millennials Will Set Up House

The millennial generation is beginning its ascent—and no, not all of these youngsters born between 1981 and 2000 are living with their parents as they struggle to pay off student loan debt. Sure, they’ve faced huge challenges in the job market, but employment is improving, and older millennials are planning ahead.

About 65% of first-time home buyers are part of this older millennial group (ages 25-34), Smoke noted, pointing out that these young adults are at an age when many marry and start families.

“Millennials make up around 65% of first-time home buyers,” Smoke said. “Of the millennials who are buying a home, 86% indicate that their motivation is a change in family size.”

But with tough credit qualification standards and limited credit history, he added, millennials are expected to buy more in affordable areas in the Midwest and the South.

More than two-thirds of household growth in the next five years is expected to come from millennials, according to Smoke. This generation is bigger than the baby boomer generation, so even though its youngest members will be only 15 in 2015, the market is only beginning to feel its impact.

Although total housing starts (construction on new housing units) barely broke 1 million in 2014 and was driven by multifamily homes, Smoke noted the pace will pick up in 2015 and shift in focus.

“We are forecasting 16% growth in starts, driven now more by growth in single-family starts, which we are expecting to grow 21%,” he said.

But shortages of labor and building product material will limit further growth in single-family construction and will keep overall supply tight.

“The constraints on new construction supply factor into our assumptions about existing home sales growth and overall tight supply of homes for sale,” Smoke added.

4. Credit Will Continue to Be a Major Factor

Strict mortgage qualification standards are keeping many consumers, especially younger ones, from buying a home with a bank loan. This situation has remained about the same for the last four years, although it’s possible that various new federal housing policy initiatives might help loosen those standards in 2015.

If not, it will increasingly become clear that lack of access to credit is holding back the housing market.

“If you just look at the distribution of credit scores, at least 10% of current homeowners with mortgages would not qualify for a new mortgage today,” Smoke said.

Opening up access to credit would be a game changer in the housing market, Smoke noted, allowing 500,000 to 750,000 would-be buyers who are now cooling their heels to achieve the dream of homeownership.

5. We’ll Close Out the Foreclosure Crisis

It’s been seven years since the housing bubble burst and foreclosures skyrocketed, but in 2015 we’ll see the end of that era. Already this year has seen a major improvement in the composition of sales—that is, there are fewer foreclosures and short sales in the mix.

“We are on pace for foreclosure inventories to end 2014 down more than 30%, and next year should see a slightly greater decrease as foreclosures fall to normal levels,” Smoke said.

But while these trends will be apparent nationwide, housing is still a local issue.

“The situation differs in every market, even every neighborhood,” Smoke added. “Each has its own unique, long-term trends in home values, which reflects local demand and supply conditions.”